skip to main | skip to sidebar

I got a chance to go out of town yesterday to get some scrapping shopping in, wow, did I ever have a great time! My friend Steph brought me to Crafts Direct holy cow, that place is huge! I found a lot of stuff there including the new swiss dots border punch! I got to use a M's 40% coupon on it and I had another coupon 20% off your entire order so I got to use that on all my stuff too!

There was a Big Lots a few blocks away so we stopped there too and I found a really cute sesame street border punch for only $2 and some Thickers for $2 a pack. I have just started to get into those.

Next was J's, my mission there was to get soccer felt for Jade's blanket which I found the cutest print, I was so excited! And also I wanted the DCWV Summer stacks so I got the regular one and the patterned card stock one. They also had there paper 6 for 96 cents! That was a shocker, it wasn't in the ad so I stocked up on card stock there too.

Then we drove another hour to Archivers I found a few things there. Didn't really go there looking for anything specific though.

We headed to a really good Mexican place for dinner, I had a steak burrito and holy cow that thing was big! I couldn't even eat it all, but it was sooo good!

Next we started heading home, we got almost half way and she told me about this store where she had gone to a retreat at and it was only like 5 minutes out of our way so we decided to go, it was already 8pm, but figured what the hey, I ended up finding more thickers and a few other things, they were having a "Happy Birthday" retreat in the back because it was the stores 1 year anniversary the ladies there were so nice and they showed us lots of new things. I got to finally see a slice in action. Still not quite too sure about it, it's so tiny and can't cut things very big. The fonts and such are really cute, but I think I'm going to stick with my Cricut for now :)

We finally pulled in the driveway at 11pm. Overall I had a wonderful day and found everything that I had on my list!

Posted by JeepinMaMa at 4:58 PM 1 comments

Hi everyone, I hope you are all having a great Memorial Day weekend! We were going to go camping this year, the entire family, but then noticed that it was supposed to drop down into the 40's at night and that's just too cold for the 2 babies so we decided to just stay home. Yesterday I spent the entire day scrapping. I got a few layouts done, nothing fancy, I just haven't been very creative lately.Today we took the kids to the parade, it was nice and short, only about 45 minutes long, thankfully because the rain clouds are coming in and the temp is dropping. 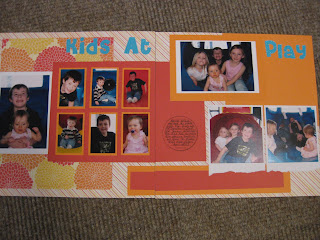 I wanted to share this layout I did a while ago titled "Kids at Play" My Best friend who lives 3 hours away from me met us half way at Mc Donalds so the kids could play and we could catch up.

Well, that's all for now, I'm going to head to my scrapping table and see if I can get a few pages done between doing laundry!

Posted by JeepinMaMa at 2:06 PM 3 comments 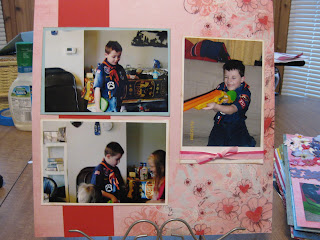 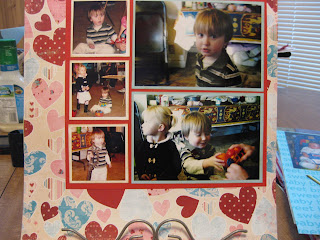 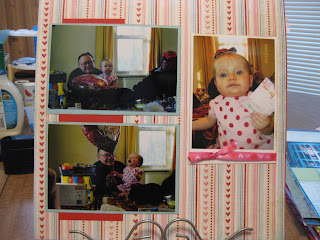 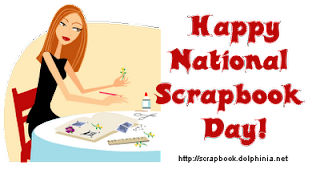 I will not be doing any scrapping today, we are taking the kids to the twin cities to go watch Thomas and Friends and Chuckie Cheese! I'm really looking forward to it! Of course I'll be hitting a Joann's while we are down there for some shopping! I hope everyone has a great day today and gets lots of scrapping done!

Posted by JeepinMaMa at 9:02 AM 0 comments

My Followers! Be sure to add me for all my latest updates! Thanks all!

Some of my other favorite places to visit!

All content included on my site is COPYRIGHT © Jenny L. Original artwork is shared for your personal inspiration and enjoyment only and may not be used for publication, submissions, or design contests. So in other words, you can copy for your personal use but please don't try to claim my work as your own.Feel free to link my blog to yours. No permission needed. :)